DATU PIANG, MAGUINDANAO — Action Against Hunger Philippines, through the REACH 2 project, provided 410 shelter kits to conflict and flooding-affected families in Barangay Montay, Datu Piang on the 23rd of September 2021. Our team worked closely with the local government of Datu Piang together with the barangay council in managing the distribution. The kits were composed of mosquito nets, mats, and blankets. A hygiene promotion session was also conducted to refresh the participating families’ knowledge on proper hygiene and sanitation practices. During the first quarter of 2021, heavy rainfall had left several Maguindanao towns flooded, affecting areas such as Sultan sa Barongis, Datu Salibo, Datu Piang, Mamasapano, Shariff Saydona Mustapha, and Rajah Buayan. This, unfortunately, was not a new occurrence for them since several areas of the province were already prone to flooding. Maguindanao yet again experienced massive flooding which started last September 8, 2021. This caused tremendous impacts on the lives of people repeatedly displaced due to this hazard, making access to adequate protection and dignified living more difficult for those in already vulnerable circumstances. For example, women and girls who are displaced are faced with compromised access to personal security and dignity, making them extremely at-risk. In photo: Heavy rains in Maguindanao had caused streets to be submerged in several inches of rainwater last September 8, 2021.

In some cases, opportunities to build back their lives and move forward are impeded because of recurring conflicts in the area. This situation causes internally displaced individuals (IDPs) to have limited access to quality water, sanitation & hygiene facilities (WASH) as well poses potential health risks. With funding from the European Union, REACH 2 aims to establish a protected environment for conflict and disaster-affected communities in Mindanao as one of the project’s key humanitarian objectives.

The ‘Response to the Unmet Humanitarian Needs of the Most Vulnerable Populations in Mindanao Affected by Conflict, Disasters, and the COVID-19 Pandemic’ (REACH) Project is funded by the European Union and is implemented by ACCORD Incorporated, Action Against Hunger Philippines, CARE Philippines, Community Organizers Multiversity, Initiatives for Dialogue and Empowerment through Alternative Legal Services (IDEALS) Inc., Philippine Business for Social Progress (PBSP), United Youth of the Philippines-Women and Oxfam Pilipinas. 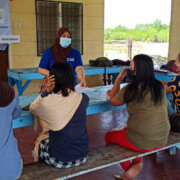 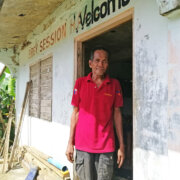 Alleviating Hunger and Malnutrition In Isolated Rural Areas, Urban Poor Communities, and Evacuation Camps by Tackling Its Root Cause 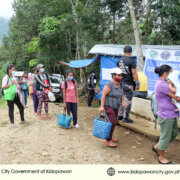