The Invisible Monster, the short film by Javier and Guillermo Fesser in collaboration with Action Against Hunger, has won more than 40 awards and recognitions in international festivals since its premiere. Recently, it has been selected by the Hollywood Academy to compete for the best documentary category in the 94th Academy Awards, or popularly known as the 2022 Oscars.

“With our work on the ground, we see with our own eyes the “invisible hunger” that plagues the future of our country.  The news that “The Invisible Monster” may be nominated for an Oscar means a lot to us because people are learning that solving hunger is not just about providing food.  It also means providing livelihoods, clean water, education, and emergency response,” stated the Action Against Hunger team in the Philippines. “Now that more and more people are seeing the invisible reality of thousands of Filipino children, we hope they will take action and support the work we are doing to save lives and give hope.”

THE INVISIBLE MONSTER: FROM THE CLASSROOM TO THE RED CARPET

After being screened exclusively to the 364 patrons who made it possible, its tour of cultural centers, its distribution in schools through the project The Race Against Hunger, and its screening on Movistar+ for six months, The Invisible Monster has left a trail of screenings, recognitions and awards that have positioned it as an audiovisual reference in the field of social cinema. The notable awards and recognition the film has won are: Grand Prize for Best Short Documentary at the Rhode Island Flickers Festival, the Sammy and Jules Award for the Short with the Biggest Heart at the Cleveland Film Festival, the Jury Mention and Youth Award at the Medina del Campo Film Week, the Audience Award and Best Cinematography at the Tarazona y Moncayo Comedy Film Festival, and the Best Production Direction for Luis Manso at the Fugaz – CortoEspaña Awards, among many others.

His cousin Aliman, on the other hand, lost his smile when bombs fell from the sky in his hometown of Marawi City. As Aliman spends his days sad and crestfallen in a refugee camp, Aminodin devises a plan to make him smile again. Winner of six Goya Awards, Spain’s equivalent to the Oscars, the prestigious filmmakers’ works include The Miracle of P. Tinto, Camino, and Oscar-nominated Binta and the Great Idea. His 2018 film, Campeones (Champions), was the highest-grossing Spanish language film in Spain for that year. Committed to social issues, Javier has directed audiovisual projects linked to non-profit organizations such as UNICEF and the Organization of Ibero-American States. 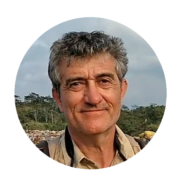 Well-known in Spain for his radio show Gomaespuma alongside Juan Luis Cano, Guillermo works as a writer and correspondent in America. His multifaceted career includes the direction of the film Candida, a story based on his bestselling biography of a cleaning lady, and the publication of several innovative interactive books for children specifically for tablets and mobile phones.