The school year 2017-2018 was made a lot more exciting for students in the Philippines with the launch of the Race Against Hunger. Promoted by Action Against Hunger and present in 28 countries, the campaign aims to create awareness on the problem of malnutrition to young people and empower them to help families suffering from hunger.

The campaign has three key moments. First is the awareness-raising session where an Action Against Hunger staff goes to the school to discuss the problem of hunger and malnutrition in the Philippines. Second, the students look for sponsors who will be willing to pledge an amount for each lap they would finish during the race. Students will collect this after the race. Lastly, the school puts up a race where students run for as many laps as they can.

“An important part of the campaign is creating awareness among the young people about the problem of hunger,” said Suresh Murugesu, Technical Coordinator of Action Against Hunger, “through them, they will spread our advocacy to their immediate family – parents, cousins, aunts, uncles, even friends. Such engagement will eventually lead to commitments from concerned citizens to support our projects in fighting hunger all throughout the Philippines.”

For Elizabeth Carandang, Principal of MSCD, the race was a great opportunity for their faculty members and students to extend their help to other communities. “We were excited because we are not only reaching the barangays near to us but we are reaching out to other barangays who need our help. The children are excited to learn that they can also help little children by just participating in this race,” said Carandang. She is not your average runner.

That is the best way to describe Katrina Candice “KC” Veran, a Grade 5 student from Muntinlupa School for Child Development (MSCD) where the first Race Against Hunger in the Philippines was held in July 15, 2017. KC is the 10-year old record holder for the highest amount a student was able to raise in sponsorship amounting to Php16,500.00 in pledges. Action Against Hunger interviewed her on how she did it.

What was your motivation in getting a lot of sponsors to pledge?

Who were your sponsors?

How many laps did you finish?

14 laps! Wow that is great! How did you feel after the race?

We will be having other Race Against Hunger events in 2018. What tips can you offer other children in getting sponsors? 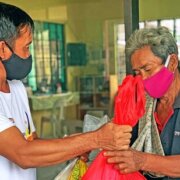 Providing Food Security and Livelihood assistance to Our Country 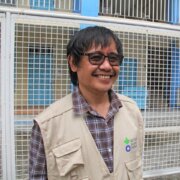 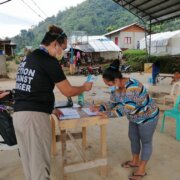 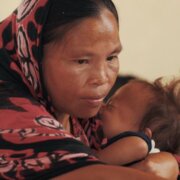 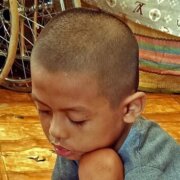 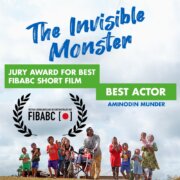 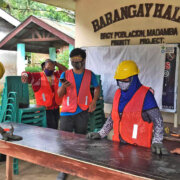 In celebration of #HumanRightsDay, We Highlight Aminodin’s Mother in the Invisible Monster film as Everyone Else, Strive to Provide Food for their Children.
0 replies