Kautin Bano, his wife and children, had to leave their home in Barangay Pandi, Datu Salibo on March 11, 2019, Maguindanao due to the airstrikes that occurred in Barangay Inaladan, Shariff Saydona.

“We were all panicking and we didn’t know what to do at the time that airstrikes started,” recalled Kautin. “We left around 6 in the morning and evacuated to the nearest health center. When we got there, we had no choice but to wait and observe.”

This time around, Kautin’s family face the same challenges they experienced as frequent evacuees. He explained how difficult their situation was due to the limited supply of clean water. They had to wait for a month until the barangay was able to provide them access to potable water. As a farmer and a fisherman, Kautin’s source of income was put on hold. “We couldn’t go back to our livelihoods because of the conflict in the area,” he explained.

Kautin and his family have experienced the struggle of leaving their home ang setting aside their livelihood for the past three decades. Until this day, he still worries and fears for that time that they would be forced to evacuate again due to another conflict.

Kautin’s family was one of the six hundred families that received non-food items (NFI) and hygiene kits and received training on hygiene and sanitation from Action Against Hunger’s emergency response funded by the Office of U.S. Foreign Disaster Assistance (OFDA) of United States Agency for International Development’s (USAID). ● 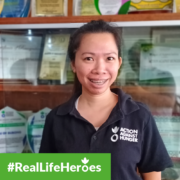 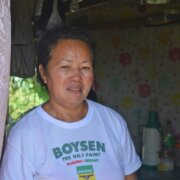 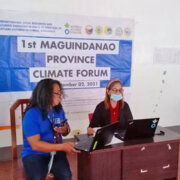 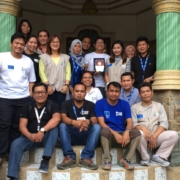 LIFE AFTER THE SIEGE – MARAWI EMERGENCY RESPONSE
Scroll to top