Arakan, a first-class municipality in the province of North Cotabato and home to many indigenous people in Mindanao. Despite the diversity of its culture, Arakan is faced with daily struggles as poverty and impacts of natural disaster and conflict are day to day realities of the population. People struggle with limited income opportunities and scarce food production. More importantly, insufficient access to clean and safe drinking water and sanitation materials and facilities plays a crucial problem in the area.

Since 2012, Action Against Hunger and the United Children’s Fund (UNICEF) have been working together to provide necessary interventions in Arakan, giving people a chance to hope for change and transformation in the community despite the many challenges they are dealing with. While change is a gradual and cumulative process, Action Against Hunger and UNICEF cannot solve everything with their programs alone. Strong leadership in the community must propel change as a personal statement to allow hope to break through the hearts and minds of the people.

One man has become a champion for change and is trailblazing the work on Water, Sanitation and Hygiene (WASH). Elmer S. Montales works as the Municipal Planning and Development Coordinator of Arakan. In early 2010, he had a personal experience which forever changed the way he deals with WASH issues.

His team was in Kulaman Valley, a remote mountainous area the Matigsalog tribe called home, conducting a standard Barangay survey.  A desperate mother approached them for medicines since her child was not recuperating from diarrhea. “We only had emergency medicine for simple stomach bugs,” he recounted, “early the next morning, we found out that the child died due to dehydration.” It was a tragic experience that led Elmer to rethink his work.

“It is a complicated situation. The local health office reported that water-borne diseases, like diarrhea, are caused by poor sanitation and hygiene practices – some leading to death,” he explained. “Malnutrition is another outcome when people don’t have access to clean water and sanitation.  The children become wasted and stunted during a critical moment of growth whose effects will last a lifetime.”

In his resolve, he could not do it alone.  Elmer needed to influence local leaders of the realities of children dying of diarrhea and that the solution would not come easy. The goal of reversing health outcomes of several barangays seemed daunting and ambitious, but Elmer welcomed the challenge.

Without wasting time, Elmer immediately worked and coordinated with Action Against Hunger and UNICEF to spearhead activities in Arakan by facilitating policy and technical work to ensure that WASH is prioritized in the executive and legislative agenda of the government and included in the Barangay Development Plan.

The journey towards change has not been easy for Elmer. Municipal and barangay officials were indifferent at first, but this changed when the Zero Open Defecation (ZOD) program was implemented and health outcomes began to improve. Cases of Diarrhea and malnutrition have drastically dropped from a prevalence rate of 18% in 2013 to 4.7% in 2018. In 2015, Arakan was able to achieve municipal-wide ZOD out of 11 LGUs in the Philippines, a model that is being followed by other LGUs in North Cotabato and neighboring provinces.  Elmer realized that, as a result of his experience, the journey towards a new reality was slowly taking shape and is impacting the lives of the people.

“The backbone of success is hard work, determination, good planning and perseverance,” Elmer quotes famous soccer icon Mia Hamm, “institutionalizing WASH as a way of life is best realized at the grassroots level of every family, purok and sitio, especially among Indigenous People and far-flung marginalized communities.”  He continues to dream big for his town to improve the lives of the people through the WASH program, to bring in fresh ideas and new ways of working. From the perspective of a planner, contexts are always changing and the quest for new knowledge and experience is constantly evolving.

Kinawayan is a remote barangay situated in the mountainous area of Arakan Valley. 70% of the 238 households living in the barangay are from the Manobo group. Grace Fordan-Rivera was stationed in Barangay Kinawayan from 2010 to 2015 as midwife, under the supervision of the municipal health officer. She championed Action Against Hunger and UNICEF’s WASH programs in the area that emphasized Zero Open Defecation (ZOD).

Why did you personally choose to be a champion for WASH?

What were the challenges that you experienced in trying to change social norms in terms of sanitation and hygiene?

What did you do to address this?

What was the situation regarding hygiene in your barangay before the program began?

What were the changes that occurred after the program was implemented? 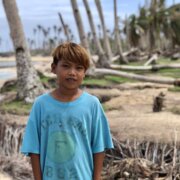 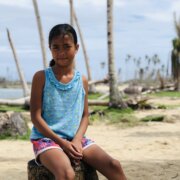 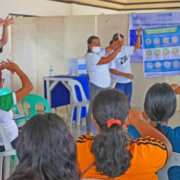 For cleaner and healthier communities: UNICEF and Action Against Hunger train volunteers on hygiene and health 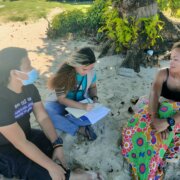 Stories from the Field: Jomel Flores 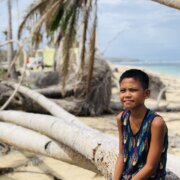 Action Against Hunger Stories from the Field: Lenjie Concha 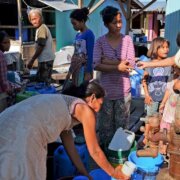 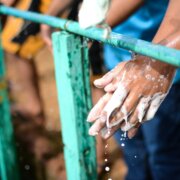 Turning struggles into opportunities: A community’s response to the damaging...
Scroll to top