Severe   Tropical Storm Auring  (International Name: Dujuan), entered the Philippine Area of Responsibility on February 17 and affected more than 200,000 people as the country’s first tropical cyclone of 2021.  While it did not develop into a typhoon, according to the National Disaster Risk Reduction & Management Council (NDRRMC), the storm inflicted infrastructure and agricultural damages amounting to 53 million pesos and 106.7 million pesos, respectively. In response to this emergency, Action Against Hunger’s field team distributed kits containing basic hygiene materials and non-food items such as blankets and cooking utensils to 850 families across several municipalities in Surigao del Sur: San Agustin, Marihatag, and Bayabas.  Distribution was done between the dates of February 27 to March 2. This humanitarian assistance was conducted under Action Against Hunger’s REACH Project funded by the European Civil Protection and Humanitarian Aid Operations (ECHO) and implemented together with CARE Philippines and Oxfam Philippines. In photo: A beneficiary unpacks the contents of the hygiene and NFI kits she received. 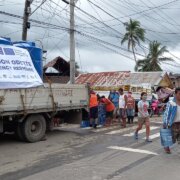 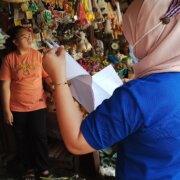 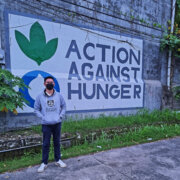 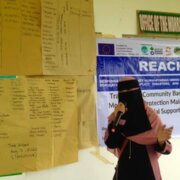 As We Celebrate #WorldWaterDay, We Recognize 7 Million Filipinos Who Still Depend...
Scroll to top