28 July 2021 – The Local Government Academy (LGA) and the Moving Urban Poor Communities Towards Resilience (MOVE UP) Project signed a partnership agreement as part of their commitment to strengthen disaster resilience.

Cooperation between the capacity and development arm of the Department of Interior and Local Government (DILG) and MOVE UP includes the review of various L!STO Operations Manual and conduct of capacity development interventions to local chief executives and other relevant stakeholders involved in disaster risk reduction and management (DRRM) activities.

The MOVE UP project, funded by the European Union, aims to help in institutionalizing urban resilience and disaster preparedness mechanisms for urban poor communities across the Philippines. The project is implemented by a consortium of international non-government organizations led by Action Against Hunger Philippines, with Plan International Philippines, CARE Philippines, and ACCORD.

During the event, LGA Executive Director Thelma Vecina said the ceremonial signing is highly symbolic as it coincides with the celebration of the National Disaster Resilience Month and is aligned with the LGA’s vision to build resilience through local government capacity-building activities.

“Today’s partnership is really significant and symbolic as we celebrate the National Disaster Resilience Month this July. For us in the LGA, this is really a great contribution to our efforts to build resilience of the local governments,” she said.

Furthermore, LGA Executive Director Vecina expressed that the LGA believes that increasing disaster resilience requires collective will and action from and among the communities, the local leaders, and stakeholders. “This is one among our many efforts to translate these commitments into actions. Hopefully, this initiates more cooperation in the future that will strengthen our nation’s resilience towards disaster,” she added.

“Our local government units are at the forefront of mitigation, prevention, response, and management of these risks and vulnerabilities. It is right that we strengthen their capacities on resilience so that our urban poor population can withstand and manage the impact of natural and human-induced disasters, the very objective of the MOVE UP Consortium,” Huelgas said.

“Disasters could be detrimental to our effort to protect the rights and welfare of girls and young women. Disasters, and the crisis that comes with it, subject young women to the continual risk of violence, child marriage, and early and unplanned pregnancy, and threaten to roll back gains made in girls’ access to education,” Cruz said.

A strong partnership between the government and the civil society is needed to continuously increase the capacity of LGUs to prepare for and respond to disasters amid the mobility restrictions brought by the COVID-19 pandemic, CARE Philippines Country Director David Gazashvili said.

“As of last year, our webinar series entitled the Resilience Knowledge Exchange Series (RKES) reached 95 academic institutions, 80 CSOs, 83 national or regional government agencies, and 27 private-sector organizations. All of this of course would not be possible without the dedicated and passionate work of our partners and funders in the implementation of various development programs across the country. Therefore, we greatly cherish and foster the partnerships and collaborations with the likes of our consortium members and the DILG-LGA,” he said.

The Partnership Agreement, ACCORD Executive Director Sindhy Obias said, is a collective promise to share expertise to support local government units who are on the frontline in DRRM activities.

“As we sign this partnership agreement today, we view it not just a piece of paper but an expression of our collective commitment to work together towards the common goal of supporting our partners, particularly the local governments who are on the frontline when it comes to dealing with disasters, among many other related concerns on the ground. Being part of the MOVE UP consortium, ACCORD is very excited to work with DILG-LGA and share our experiences in resilience building,” Obias said.

Disclaimer: The views and opinions expressed are those of the author(s) only and do not necessarily reflect those of the European Union, or the consortium members.

Neither the European Union nor any of the consortium members can be held responsible for them. 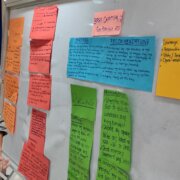 Turning struggles into opportunities: A community’s response to the damaging effects of flood water and access to life-sustaining potable water PBA 2021: Converging efforts with local government and RHUs to strengthen health and nutrition initiatives in Mindanao 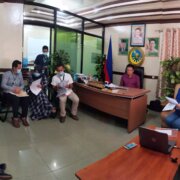 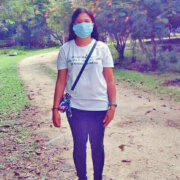 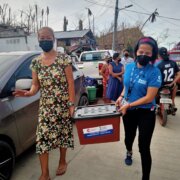 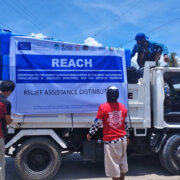